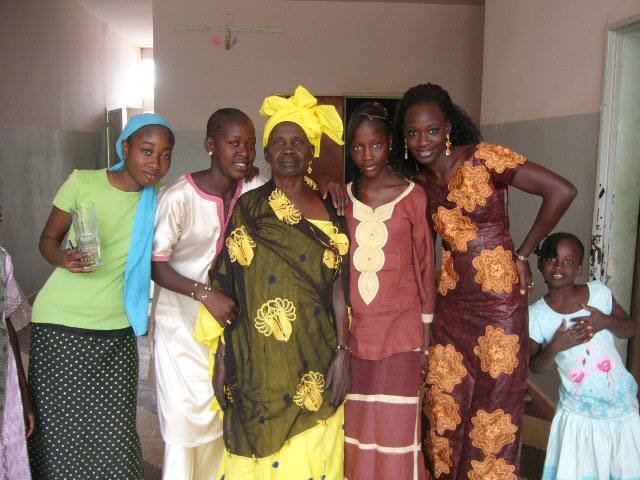 The family Cheikh Lo left behind in Senegal when he moved to New York. Photo contributed.

The mouth-watering aroma of grilled fish stewed with vegetables and sizzling hot peppers drifts through the air, tempting passer-byers decked out in vibrant robes and elaborately tied headscarves. Between the sights, smells and mind-boggling cacophony of French and Wolof, it feels like a scene straight out of Dakar.

But in fact, it’s 116th street in Harlem, New York, the backbone of Little Senegal, a bustling neighborhood of West African immigrants.

Mandoye Ndiaye owns a computer repair store called Afrik PC on the commercial strip. He said the area is indeed a home away from home. But when push comes to shove, it’s just not the same.

Hear Mandoye on the push-pull of immigrant life:

“No matter how good I am here, doing my business, I know it’s not my culture,” Mandoye Ndiaye said. “The speed, the communication, the way you do business. Here, you have too much paperwork… No matter how good you do, we never going to follow.”

He said he came to New York for work experience so he could reinvest his skills back home. It’s still his plan: He’s hoping to start building a house in Senegal within the next few years.

Mandoye Ndiaye’s story is common for the older circle of Senegalese immigrants. But many of the youth were either born here or arrived young enough that New York isn’t really their home away from home; It is home.

Mamediarra Ndiaye (no relation to Mandoye Ndiaye) was born to Senegalese parents but has lived in New York all of her 21 years. She said she loves vacationing in Senegal, but doesn’t feel like she’ll ever settle there permanently.

“I would love to at least live there for a couple of years,” she said. “But I wouldn’t say move. No matter how fun it is, there’s much more opportunities here. I would like to go to school here, and get my degree.” 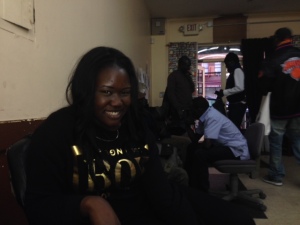 According to Mamediarra Ndiaye, life as a young American living in a Senegalese household is no cakewalk. She says tensions really flare between her and her father when it comes to matters of the heart.

“I don’t want an arranged marriage,” she said. “I don’t want to jump into something and not know the person. I want to date and at least know who I’m about to marry. I feel like I’m going to do it without him knowing. I can’t not date.”

Mamediarra Ndiaye has started attending meetings of the newly formed youth association at the Association des Senegalais d’Amerique (ASA), the community center for the Senegalese. She’s joined by her 21-year-old peer Cheikh Lo, who came to New York in 2008 to live with his father and round out his education.

After coming to the United States, though, Lo does sense growing divisions between the young and old of Little Senegal.

“The older people and the young, they are living in two different worlds,” Lo said. “The young see the older people as people who don’t know anything about life. Because their time has passed; they don’t really understand the world now.”

Lo speaks from personal experience. As soon as he turned 18, still in the middle of his senior year of high school, his father told him that as a new adult, he must leave home and fend for himself.

Hear Cheikh muse on his perception of Americans:

Lo crashed with a friend for a month until he could find a job. He started waiting tables at an oyster bar while finishing school, working long days to get everything done. Now he’s a third-year political science student at Bronx Community College. Completely self-sufficient, Lo said he’s finally at peace with his father.

“I come from a small town,” Lo said. “The people there, all they know is working. You have to work. We have the power to change our own lives. If you wait on people to change your life, you will never go anywhere.”

“That’s why I wrote this book,” he continued, waving a newly minted copy with a wide grin. “Because I could do it.

Jebe Diagne is trying to link the young and old of Little Senegal. He runs the youth association meetings at the ASA. He fears for the future of the community because of the growing generational gap.

“Since this association has been set up about 30 years ago, most of those young adults were not even born,” Diagne said. “They find it hard to integrate and incorporate youth programs and address their real needs. I’m not saying nothing is being done, but the foundation that is needed…there is nothing here.”

Diagne hopes that by giving Senegalese youth a space to air their concerns, the community can foster a new inter-generational dialogue.

“In this neighborhood, parents don’t have control of their kids because there’s a communication gap that is often ignored,” Diagne said. “And for them, the only solution is to send them home. Which is not a real solution.”

As a member of the next generation of Senegalese, Lo is confident that he and his peers can help narrow that gap.

“We cannot see life as our parents do,” he said. “But that doesn’t matter. We just need to communicate. “